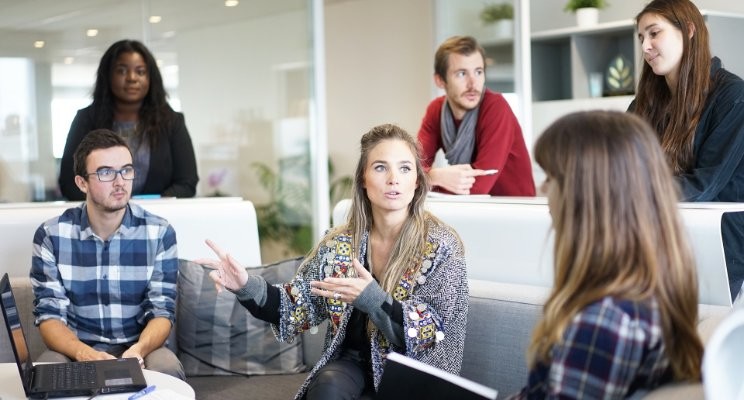 People with Tourette’s syndrome often have a challenge in finding work, particularly in the public eye.

While many of us have very subtle symptoms, commonly known as ‘tics’, there is a perception among the general public that all sufferers use foul language, scream or yell spontaneously, have profound body movements, and that the condition is completely outside of our control.

This stereotype has been long portrayed by the media in sensationalist accounts that are often skewed towards media ratings, rather than actual helpful information.

The reality is that the aforementioned symptoms are only a small and rare part of the disorder being typical of less than 10% of sufferers.

In an article on Tourette Syndrome, the US National Library of Genetics stated that TS is one of the most misunderstood conditions on the planet.

As with many people who have a difficulty to overcome, TS people are often resilient and outgoing. Many have learned to ‘stand out’ in public and are quite forward and happy to explain their disorder to anyone who enquires. This leads to having well developed people skills and a confidence in public communication.

My personal working life began when I did work experience in a hardware store for a month in order to gain a reference from them while I sought paid employment. I worked with enthusiasm and after contributing my work for a few weeks, I was asked to stay and fill a new vacancy that had emerged. This beginning emerged into many other great opportunities to the professional I am today.

Many people who have Tourette’s grow to find their vocational direction and live comparatively fulfilling and productive lives in many varied occupations which have included brain surgeons, professional athletes, airline pilots, teachers and trades people.

Given the chance to show their capabilities, TS people often thrive in encouraging work situations and become valuable members of company staff and respected by customers.

Remember that being different is your biggest asset and you don’t have to be like everyone else.

If you need a career coach, drop me an email or private message today to get you on the right track.