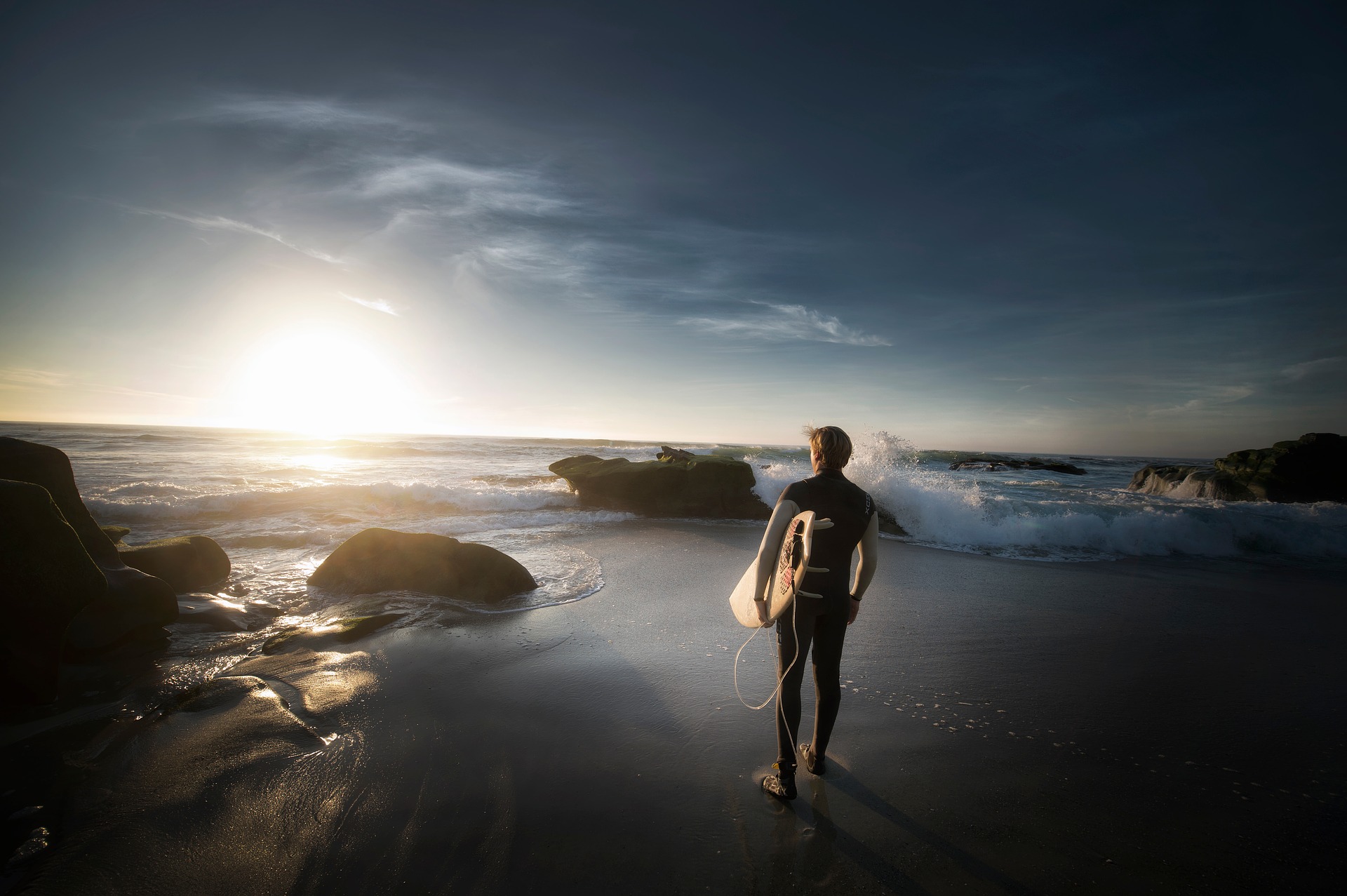 I was talking to a minister friend of mine a while ago.

He shared with me that the seminary he was located at was set by the ocean and he often would wander along the sand and contemplate his life in his time off.

He told me that he would see the surfers out the back of the swell sitting up on their boards, watching for the wave they would choose to ride. It fascinated him so much at how they made their choices, that he would watch them for quite a while.

In his curiosity, he noticed they would sit up on their boards and observe carefully for a time. Then they would relax back down again, choosing to pass on waves which my friend had thought looked like impressive surf waves to ride in on.

He wondered what they were looking for in each particular wave? What exactly was it that made the right one special enough for the surfer to rise up and and prepare themselves to engage with it on their wild ride in to the shore?

So he asked a surfer one day. The surfer told him that there was a certain shape and characteristic about the right wave that speaks to the surfing person. He said “once your eye is trained through riding many waves, you develop an eye for the right conditions and exact formations which suit you”.

My friend also learned that most surfers have a few favourite spots where they know the winds and currents and they can pick rides with more certainty over time. They learn this by experience and knowledge, through talking with the locals, hunting for good places to set in their boards and paddling out.

Wise surfers have learned that time in the water is where the wisdom has been gained, experiencing many wipes outs and ducking the occasional shark. These wise surfers talk about the newcomers who spend a lot of time looking for the right waves in the wrong spots, only to be discouraged and stop trying. They see that they have spent big money on the latest gear and look wonderful, but as of yet they are not experienced and live off others stories instead of their own adventures.

I think it is the same in our careers.

At first, we might go for anything to get us some momentum. However once we have some wisdom, made some mistakes and been down some alleys that we do not wish to try for a second time, we start to be able to pick the right conditions.

We get an intuitive feel for the waves that are formed to fit our vessels and the direction that we wish to travel.

You have to think of your career the way you look at the ocean, deciding which wave you’re gonna take and which waves you’re not gonna take. Some of the waves are going to be big, some are gonna be small, sometimes the sea is going to be calm. Your career is not going to be one steady march upward to glory.

If you are not catching the right waves, talk to those who have studied the currents in your neighbourhood. Seek expert knowledge of the right waves for you, learn what the good gear is and the right places to push out so you can become one of the wiser experienced surfers who know how to catch their own waves.

One Reply to “Reading the Waves”